Miley shook her rear end on MTV Video Music Awards, and many folks weren’t happy about beholding the remembered, young, innocent Hannah Montana transformed into a twerking or ass- shaking Miley Cyrus. I could understand the upset over her transformation but not so much on the twerking because it wasn’t twanging.

Miley performed two types of twerking. The first was when facing the audience and the second was rubbing against 36 year-old Robin Thicke’s, her co-star, genitals. What’s critical to note is that her side to side rear end movements was “very rapid”.

Let’s now turn back the hands of time to when I was 16. I always had older friends and, yes, went to bars and occasionally to strip tease hangouts. For some reason, I rarely had problems regarding my age. One night we all went to see the famous stripper, Blaze Starr, perform her act.* She was a tall, perfectly fleshy redhead who was the talk of the town. Anyway, I was sitting on a bar stool less than five yards from the stage when she gave me a glance whose messages were, according to my reading, a) I recognize you among the others and b) you are kind of young to be in this place and c) I’m curious. She, while still looking straight at me, “slowly” turned around and “slowing”  and “slowly” suggestively moved her derriere not only from side to side but almost in circles. It was a supreme work of seductive art. Needless to say, my hormone levels surged. Bugsy, one of my older friends, then said, “She’s the best at twanging. No one comes close to her.”

Blaze Starr and a male dog, enthralled by her twanging

Twanging, a term that was used locally, is when a woman moves her rear end “slowly” and sensually in a way that stimulates men’s hormones. There is no formula for it can happen on a stage or simply by the gait of a woman when sauntering down the street.  It’s tough to define unless you see it. When a woman twerks or “rapidly” shakes her ass, either as a stripper or on a festive occasion, it usually evokes light-hearted laughter and not feelings of substantial sensuality. In the animal kingdom lady elephants choose their mates by twanging. It will take years of research to discover why the brain reacts differently to twerking and twanging both in male humans and elephants.

I can’t help but relate how that night with Blaze ended. After she left the stage she circulated around the bar talking to the men and, I couldn’t believe it, accepting and drinking a number of drinks offered by them. When she came to me she stopped and asked for my name. I offered her a drink but she refused. For whatever forces that are in the mind, I sincerely asked her to be my date at my high school prom which I had no intention of going to until I met her. What she did I’ll never forget. She paused and asked me the date of the prom which I gave to her. She excused herself and returned about five minutes later and was very apologetic. She said she had an important engagement that night, thanked me for the invitation, gave me a warm hug and a kiss and said, “I would have loved to go with you.” And I believed her. But my friends cruelly told me she had no interest in a young punk and was only saying this to be nice. I rejected that judgment then and still do.

Also, I’ll never forget her slow, sensual twanging, and I thank God that she didn’t twerk!

Let us know what you think! Cancel reply 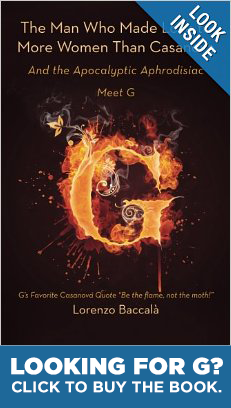 Our 50 Most Recent Posts